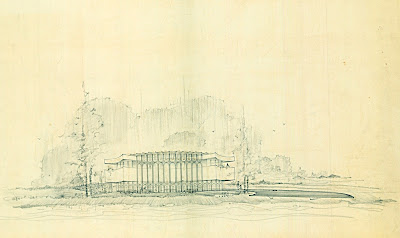 This exhibit features drawings, photographs, and other items from the records of New Orleans modernist architect Albert Charles Ledner. Born in 1924 in the Bronx, New York City, Ledner was raised in New Orleans. After graduating from the Tulane School of Architecture in 1948, Ledner attended the Frank Lloyd Wright Fellowship in Spring Green, Wisconsin. He returned to New Orleans in 1950, and soon had a commission to design a house for C.V. Goldate in Metairie, Louisiana. This led to a career designing many residences in the New Orleans region, several commercial projects, the First Unitarian Church on Jefferson Avenue in New Orleans, and buildings for the National Maritime Union, including New Orleans, Baltimore, San Francisco, Norfolk, Virginia, and the national headquarters in New York City.

Drawings are supplemented by period photographs, b/w snapshots, and prints made from 35mm slides of projects. Photographs taken by Ledner on trips to see Frank Lloyd Wright buildings are in cases under the windows. Included is an ashtray from the A.C. Sunkel residence, aka “the Ashtray House’ on Park Island, New Orleans, acrylic and glass shades made by Ledner for lighting fixtures, and a plan for an electric tunnel oven for Ledner’s mother’s bakery, and a cookbook from 1987 of his mother’s recipes. Ledner’s mother, Beulah Ledner, is credited with the creation of the New Orleans doberge cake.

Earlier this week, we had an unexpected gift of a ceramic model of the Galatoire/Massey residence (see above pencil drawing) designed by Ledner in 1962 for Leonie Galatoire, of the famed New Orleans restaurant family, Galatoire's. Judy and Morris Massey owned the house in the 1970s and 1980s, and had this model made in 1982. A long-time SEAA donor introduced us to Mrs. and Dr. Massey, who decided to preserve their model with us. It has been included in the Ledner exhibit. SEAA has benefited from the generous support from donors like the Masseys since its founding in 1979. Thank you! 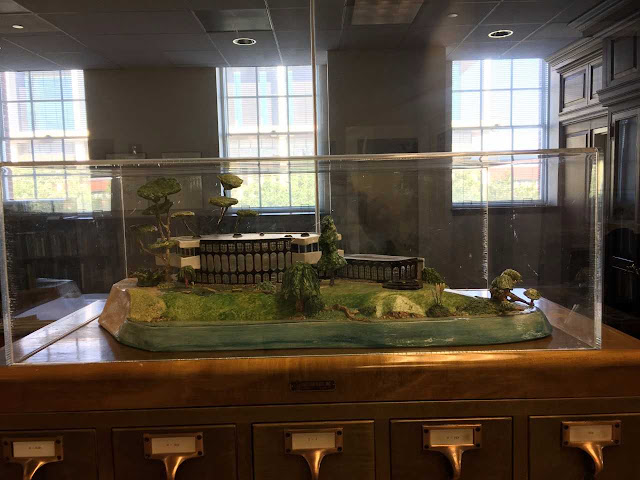 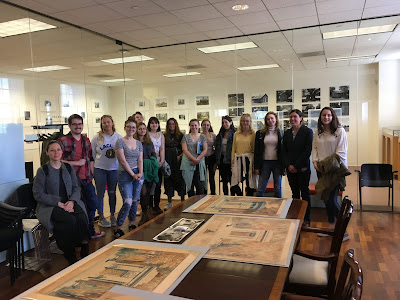